Home » Blog » Why it’s great to be different

Why it’s great to be different

BLOG
Home » Blog » Why it’s great to be different

Why it’s great to be different

TANATEX is different from other companies, says Reda Awika who runs our Egyptian distributorship. For him, TANATEX is not simply a partner, it’s a source of inspiration.

“TANATEX has a different way of looking at things and an approach to handling business which you don’t see in other companies,” Reda explains. “When they say ‘you are our partner’, they really mean it. It’s not a temporary arrangement while business goes well. You feel like you are a member of the family. If there’s a problem, everyone tries to help.

“I’ve always said to my people that, irrespective of the business we do with the company, TANATEX is an inspiration to us. It’s less about the products and more about the people and the culture. It’s what makes TANATEX the most important partner we have,” he adds.

When no means yes

Reda Awika has been working with TANATEX for more than 30 years now, but history could have been very different. His immediate reaction on being offered the chance to enter into a partnership was to decline: “I said I was not the right man and that anyway the time was not right. However they insisted they wanted to cooperate with me,” he said.

The persistence paid off. Following a second meeting, an agreement was made, although it was considerably longer before sales took off. As a newcomer among well-established companies, it took three years to successfully break into the market and start building to the position the company has reached today.

With a population of 100 million, Egypt offers a large pool of consumers, but they lack buying power. It means that, while the market has changed over the past 30 years, it has not progressed as far in the direction Reda would have liked. “It remains a largely conventional market focused on commodity rather than technical textiles and specific applications. We are 20 years behind developments in European countries and Turkey,” he says.

Get closer to the big fashion players

The challenge for TANATEX is how to continue to stand out in such a market. It offers a breadth of products and knowledge to the conventional processors but demand for innovation and specialist chemicals is limited. However, where Reda believes it can improve is in strengthening contacts with end producers. “This is an area where TANATEX can do really well and which points the way for the future. The big fashion players are the companies that define the market – the colours and the finishes. TANATEX needs to come closer to these people.”

Surrounded by numerous chemical suppliers, Reda’s strategy is to focus on key customers, rather than the market as a whole. “There are lots of suppliers in Egypt but we are in competition for customers who appreciate the quality that comes with respectable suppliers rather than those looking for cheap commodities.” The latter is a particular threat as a consequence of their price differential and eagerness to compete in traditional TANATEX strongholds, such as polyamide and wool.

Hold on to the difference

“TANATEX have to stay one step ahead of the market. This is the name of the game. It’s not enough to match a product. If you develop products the market appreciates, people who come behind have nothing to offer,” says Reda. “Once you bring something that is really ahead and work on it and understand it and do field tests and the right marketing, there’s no doubt it takes time for the competition to catch up.”

So, as TANATEX reaches its 60th year, what are his wishes for the company’s future? “My wish is that TANATEX keeps the same spirit, culture and objectivity because that’s what makes it different from the rest of the industry. That’s all!” 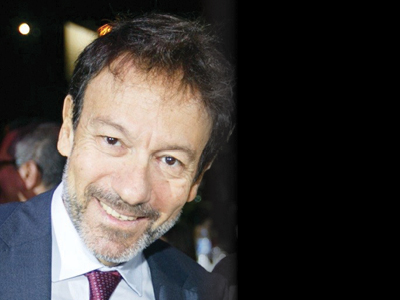